Networks in the Cloud 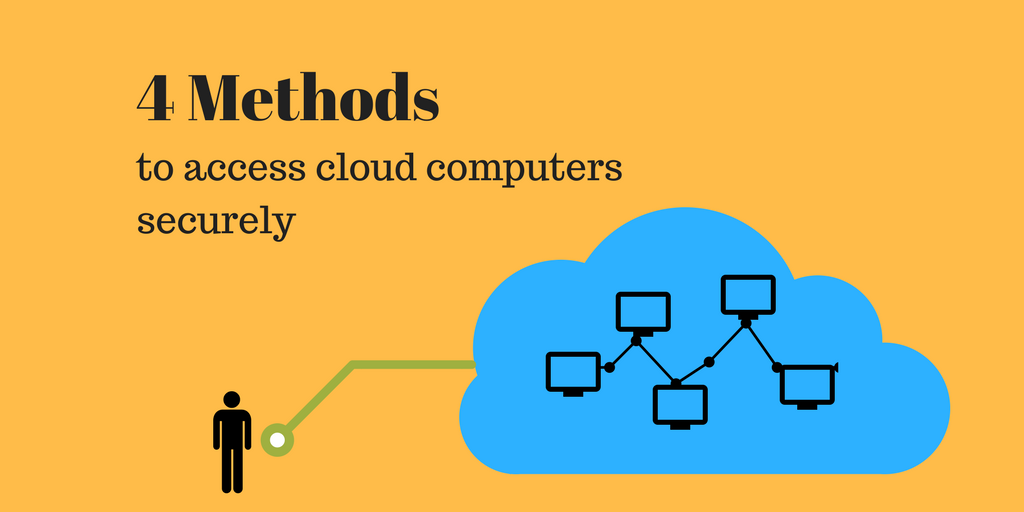 It is easy to start a virtual computer these days in a cloud datacenter managed by Amazon AWS or Microsoft Azure. It is also easy to start a second and a third one and then plan to build a virtual network. This network can grow and shrink, get updated and upgraded following the needs of the organization even outgrowing old good on-premises datacenter.

On the other side of this development, the local datacenter is safe to access. Protected by firewall perfected during years of physical network evolution local servers stay relatively secure to the constant background level of Internet threats where port scanners, password checkers and denial of service attacks probe everything they can find. This article discusses options to access cloud computers at virtual datacenters balancing simplicity and security while using these options.

Local on-premises computers are protected by network firewalls. Firewall inspects all packets that come from the outside and decide whether it should enter the network or not. Firewalls filter out majority of the traffic so that local computers do not even need to protect themselves against majority of the threats. All communications that happen inside the network are easier to control.

At the cloud each individual server with public IP address is associated with its own security policy. There is no dedicated network device that enforces inbound and outbound rules. These security policies could be reused but the balance between simplicity to access computers and security should be planned and enforced by the virtual network administrator.

Every user of cloud computers has to access these computer remotely. There are no local users with physical devices in the cloud network. This situation improves the risk of inside threats. However, it also creates risks related to making virtual servers accessible from the outside exposing them to the Internet.

The simplest method to login to the cloud computer is to open necessary port in the server security policy. Amazon calls them AWS Security Groups (sg) and Microsoft calls then Network Security Groups (NSG). Windows computers require RDP or VNC ports open for remote desktop access or PowerShell (WS-Management) port for PowerShell scripting. Unix computers would need SSH port for the Shell or everything that goes through SSH (X-Windows, SQL, etc) or VNC for the desktop access.

Admin can configure security policy so that it opens access to the port only for connections made from certain IP addresses. IP range filtering limits port exposure significantly. However, the IP range limit list tends to grow when users realize that they need to access cloud computers from different locations.

It seems like a scary solution because it shifts port protection to the server itself exposing the computer to all kind of Internet attacks. However, protocols like RDP or SSH are considered sufficiently secure and IP range limits the exposure so this method might work as a quick or temporary solution. It also helps to ensure that the traffic flows through SSL connection (for example, securing WS-Management port would be recommended).

One of the drawbacks of this method is that it becomes hard to monitor security groups when there are many of them. For the large virtual networks it also hard to close certain ports or remove certain IP ranges from multiple security groups. It makes sense to plan ahead and design several reusable security groups to control the access from the central location. There are also third party tools that allow mass management of security groups for multiple regions or even cloud tenants.

The table below summarizes pluses and minuses of direct access method to cloud computers.

VPN provides secure although slower connection between on-premises and cloud datacenters. It requires substantial configuration efforts but once setup it joins local and cloud networks into a single addressable space hiding all computers from outside threats but opening them all to the inside risks. In addition to that, cloud computers remain unaccessible from the outside location as much as servers at local datacenter.

Jump Server: A Gateway in the cloud DMZ

Introduction of Virtual Private Cloud (VPC – Amazon) and Virtual Network (Microsoft Azure) made possible to isolate multiple cloud computers in the private environment with its hidden IP space not exposed to Internet. System architects use virtual networks in scenarios when most of the computers in the network do not expose any services outside of the network. Users access the system through a single portal and computers inside the network connect to each other when needed. WEB server exposed to the Internet accessing hidden local database is a classic example of such architecture.

One way to login to hidden virtual computers is to dedicate a Virtual Network gateway: a computer located inside a cloud virtual network and yet exposing remote connection protocol to the internet. Users can RDP, SSH or VNC into the gateway and from there they can remote to other computers on the local virtual network. A part of the network that contain such gateways is called DMZ. DMZ is vulnerable for the outside threats but it does not contain any sensitive information or important software that is hard to rebuild. In the network world such gateways are called jump servers.

A remote access gateway located in DMZ is moderately simple to setup. It provides a good level of security and protection to the computers inside the virtual network. These computers are completely shielded from outside threats. Such gateways will most likely not perform well when too many users trying to access the virtual network. However, they serve a good entry point into the virtual network for an occasional use. Also, many gateways could be setup to perform this function for the heavier load scenarios.

A session manager expands on the idea of remote access gateway discussed in the previous section. Session manager is a specialized software deployed at the jump server that is located at the cloud computer at DMZ. It accepts HTTPS traffic from the Internet and converts it to RDP, SSH or VNC protocols to establish connections to the computers in the virtual cloud network. The user of the system needs only regular browser to interact with remote computers without the need to install RDP, SSH or VNC client. Session manager can support multiple sessions simultaneously. It can also maintain the list of computers in the virtual cloud network to open connections to. In addition to that the session manager can keep identities (passwords and certificates) to these computers and connect to them without even exposing these identities to the end user which simplifies system maintenance and security.

Session managers used to be hard to maintain. They also tend to be on-premises based software. However, with the advancement of technology there appeared cloud aware simple to setup and simple to use session managers that can provide secure access to cloud computers located in cloud virtual networks.

This article describes several methods to access virtual computers at Amazon AWS and Microsoft Azure cloud datacenters. The goal is to maintain a balance in simple to setup, simple to use and secure network configuration whether it is two node WEB site, complex extension of a corporate datacenter or multi-thousand nodes research cluster.

What do you think about our assessment? How do you connect to your cloud computers today? Please comment on this article. Let’s make the world better connected and more secure – together.

Xton Access Manager is an unlimited, agentless, cross-platform privileged access management solution built from the ground up with an enterprise feature set. Simple to implement, without your typical enterprise cost and effort.

Xton Access Manager is now available for download. Please fill out this form to receive a download link to get started today, even on your current desktop or laptop. Documentation is available to help or you can email or call us to request a trial extension, discuss questions and share your feedback. We would love to talk to you. 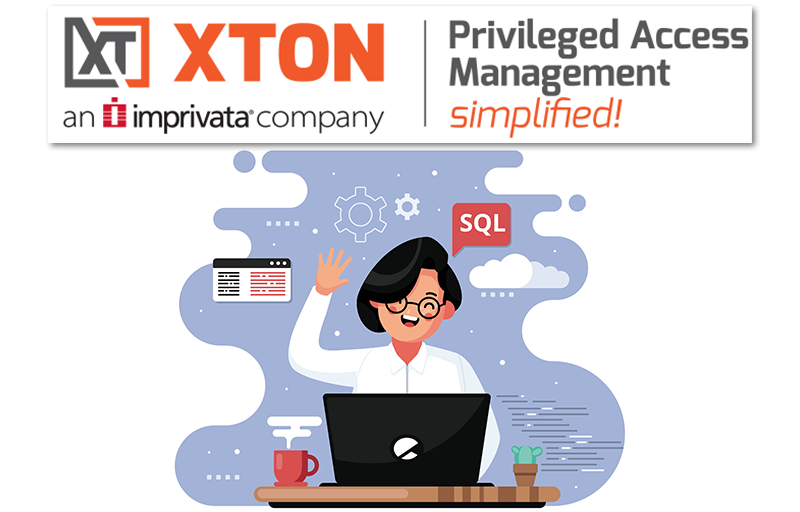 Cybercriminals and hackers want access to your most sensitive information and systems. Customer data, PPI, and company secrets are often kept in databases. With cyber threats on the rise, database security has never been more Read more… 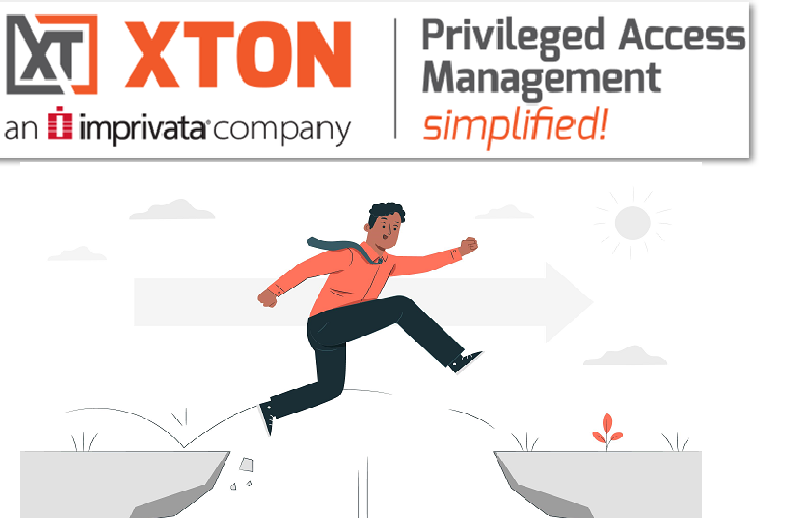 The Challenge with Jump Servers and Privileged Accounts

A lot of companies rely on jump servers as part of their security strategy.  It’s common for a company to create a jump server for IT administrators to connect to SSH and RDP as part Read more… 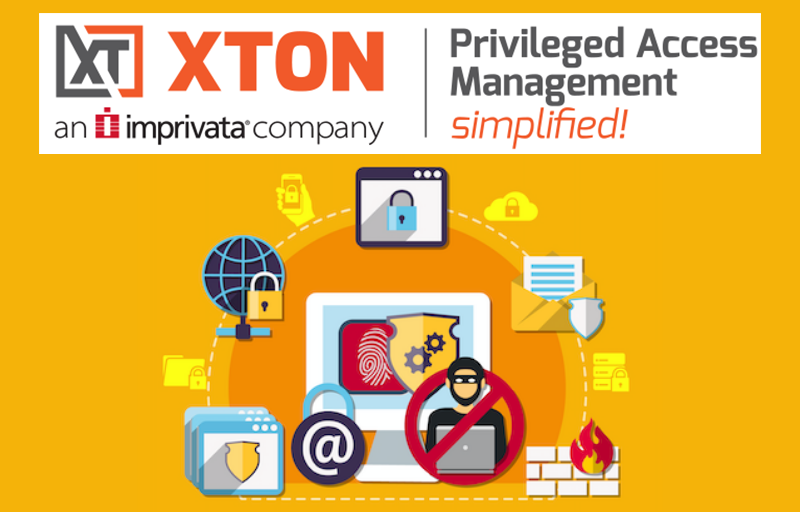 Recent news reports found that Google fired dozens of employees from 2018 -2020 for abusing their access to company data. While insider abuse is not new, it is a growing threat and one that companies Read more…